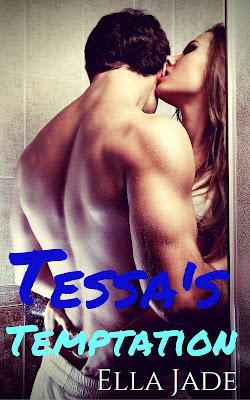 Tessa's Temptation is a full-length (80k) novel and includes a holiday bonus story. Don't miss this opportunity to read it for FREE!

What happens when the siren becomes the tempted?College student Tessa Burke is on the verge of eviction. Her life changed when her dad was in a bad car accident. He’s been in the hospital for months and making little progress. Desperation is setting in. They’re about to lose everything.Successful architect Chase Carlisle has made a name for himself among the rich and famous. His work keeps him busy, leaving little time for a social life. When an old family friend contacts him and asks him to care for his vibrant, sassy daughter, Chase feels obligated to take her in. Patrick Burke had helped him when he was a troubled teenager, heading down a path of destruction. If not for Pat, he would have never become the man he is today.The wild child turns Chase’s world upside down, tempting him in ways he can’t resist. The sexy younger woman shows him what he’s been missing the past few years. Their attraction is obvious from the beginning despite Chase’s apprehension to getting involved with Pat’s daughter. Tessa wears him down but gets caught in her own trap when she becomes the object of his deepest, darkest desires.

“I want to back away from you. I don’t want to let you in.” How much longer could he fight her? Fight these baser instincts?“Then go.” The certainty in her eyes gave him clarity. This was her last attempt where he was concerned.“I can’t, Tessa. Your pull is too strong.” He lowered his mouth to hers, focusing on those forbidden lips. The devil did exist. She stood in front of him as the flirtatious redhead who now consumed his mind, body and soul. “I can’t resist your temptation anymore.”“Then don’t.”Warning: Contains sexual content. Not intended for readers under 18. 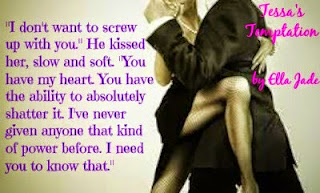