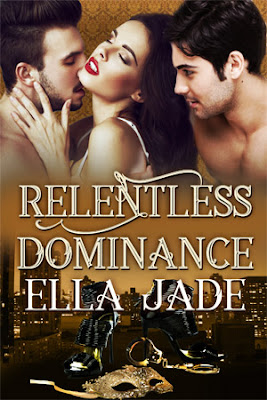 When a skilled Dominance Master joins Julian and Kayla in the playroom, Kayla desires more than she should.


Kayla Quinn is living out a dream after falling in love with her high school crush. The two reconnected at a club that caters to matching couples with similar fetishes—in their case, Dominance and submission. Over the past few months Julian has introduced her to a world she'd only fantasized about. Now he wants to kick things up a notch, but is she ready for what he requests next?


Julian Anders never wanted a commitment. He didn't do relationships. That was until he ran into Kayla at the club. It wasn't long before he wanted her all for himself. He never expected to fall so hard for the stunning beauty. Their exploration in the bedroom has been of the slap-and-tickle variety, but they're both ready for something more. 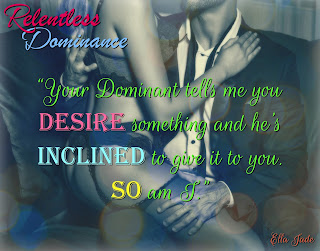 Relentless Dominance can stand alone but if you'd like to see how Julian and Kayla's story began check out Relentless Pursuit. 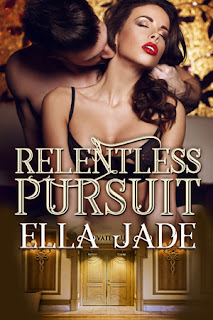 Desire unlocks the door to a new world, but she never expected to find him on the other side.

Julian Anders has a way of making women drop to their knees. He's fierce, domineering, and knows what he wants in the bedroom. He craves total submission. His busy life doesn't allow him the luxury of traditional dating. He doesn't want it and doesn't need it. He makes no apologies until Kayla Quinn, his best friend's younger sister, shows up at the exclusive club where he finds his companions.

Kayla has been unsuccessful in love and is tired of waiting for the one. When a friend introduces her to an upscale club that caters in matchmaking without the commitment, she decides to try it. She requests a mature, dominant man, but she never bargained for what happens next.

Julian is enraged to find Kayla interested in men like him. Men who have no desire to commit. She's not the club's typical client. He's known her for years but stayed away despite his strong attraction to her. He decides the only way to save her from a potential disaster is to pursue her himself. Can she handle his darker side? The one she never knew existed? Perhaps he's finally met his match...both in and out of the bedroom. 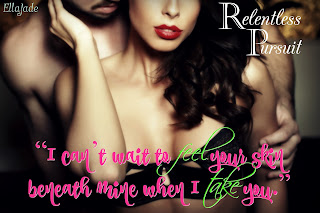 After reading Relentless Dominance be sure to pick up Surrender to Me to see if Martin gets his HEA. 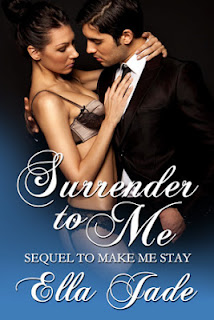 What happens when a Dominant falls for his not-so-submissive attorney?


Sassy lawyer Arianna Covington relocates to New York City after a humiliating divorce. She's looking for a fresh start when she agrees to become Martin's exclusive attorney. She's intrigued by his domineering personality and wants to know why women kneel at his feet.


Their attraction is undeniable despite Ari's initial beliefs that she will never submit to Martin's desires. But Martin is up for the challenge. Arianna is more than he ever imagined in a woman. He vows to claim her heart, with or without the games. Who will surrender first?