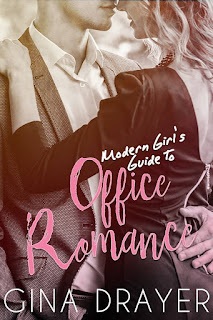 Jason Carver thought he had life figured out, but after his divorce, he felt lost. When he accepted a job offer in New York, he had no idea that Kira Clark, his new office manager, was exactly what he’d been looking for. Now, he just has to convince her that even though he’s her boss, they’re perfect for each other.


Kira hadn’t been looking for a fairytale love story because she learned early on that life doesn't always have a happy ending. Now she’s on the wrong side of thirty, a widow, and raising her teenage daughter alone. At this point in her life, romance and love were the last things on her mind.
But despite her trying to keep things strictly professional with her new boss, Jason managed to sneak past her defenses one sweet, disarming gesture at a time.
Could this be the Happily Ever After she’d given up on, or just another empty promise?

AMAZON
Posted by ella jade at 5:10 AM